Last night I raised the white flag of surrender. The chaos of motherhood just about had me un-done.

After a busy morning at the office and an afternoon working from home, I was ready to wind down for the evening. My husband had life coaching sessions at the office all evening, so it was just me with the kids. Instead of the usual quick dinner of quesadillas or mac & cheese, I decided to try a new recipe.

The Sour Cream Layered Enchilada Casserole turned out like this:

In my 5 year old’s words…”ick, watery”. Despite the dish sharing all the same ingredients of other Mexican-style foods we love, the kids wouldn’t touch it.

While I was cooking said dinner, the kids managed to destroy Salem’s (previously clean) room in a matter of minutes. According to Salem, her horses were ill and needed “doctoring”. Maybe we have a future veterinarian on our hands…or just a kid who likes to be in charge. Time will tell.

Kai was not nearly as interested in helping the horses and instead preferred to ride them around her room before launching into his now famous “goodnight” song he’s composed on the guitar.

After heading back to the kitchen to check on dinner, all of a sudden I heard crying because Salem has fallen off of a box I’ve told her multiple times not to use as a stool and has a pretty nasty bruise and a little scrape on her leg. I sent her to get her own band-aid.

Go ahead…I’ll wait while you give me the mom-of-the-year award!

Then the kids decided they’d rather hang out with me in the kitchen while dinner is cooking and pull out all our plastic dishware. You know, because they don’t have enough toys and “this is way more fun, mom.” Kai managed to make a pretty rad looking choo-choo train by stacking the cups on top of the bowls and Salem came behind him and turns his masterpiece into this:

And now you can imagine the outcry from Kai. If you’re having trouble imaging, you haven’t heard a 2 year old pitch a fit lately. It’s epic. Cue 2 year old being sent to the corner for time out because tantrums are not an okay way to handle your frustration (and this momma just couldn’t handle the screaming anymore…).

Once dinner was done (and before I realized it was a total fail), I wrangled the kids up to the kitchen bar. Thankfully I convinced Kai to strap himself into his booster seat (because he’s way too big for me to strap him in…”me do it, mommy”) and in approximately 2.5 seconds after I gave the kids an alternate dinner of cereal and juice, this happened:

I snapped it quickly on my old iphone3, so you might need a little guidance as to what’s going on in the picture.

At this point in the evening I was just done. Over it. Ready to give up my “mother” title and hand it over to someone else.

But then, on top of everything else, I heard the words, “My tongue is fuzzy, mom.” Turns out that Salem had an allergic reaction to something she had eaten, so I couldn’t give up the “mom” title quite yet. One dose of Benadryl for her and a good sweeping of the kitchen floor later, I headed to put the little man to bed. At 7:00. Yes, I know, that’s not bedtime…but it was last night!

Things settled down after that and I took some time to clean up the kitchen. I turned on my favorite Pandora station for when I need to chill out (Aaron Keyes, if you’re wondering) and did the dishes. Nope, it wasn’t what I felt like doing, but it was the next task that needed to be done.

In reflecting on the utter chaos of the evening, I thought through all the ways I’ve handled the stress of motherhood on days like this in the past.

My some miracle, instead of resorting to one of these options last night, I waved the white flag of surrender and chose a better option.

I changed my perspective.

It’s time to wave the white flag of surrender in the midst of chaos and change our perspective.

Instead of viewing the chaos through the lens of frustration, I chose to re-frame the situation and focus on the positive. Gratitude can do wonders for your mindset!

Adjusting our perspective seems simple enough, but it can be SO HARD to do in the moment.

God’s been growing me in this area for at least the last year. This re-adjusting, re-framing, and re-evaluating of each situation is a process that’s breaking me into a million pieces.

Because my autopilot response to chaos is frustration and anger. The kind of anger that stems from an “I don’t deserve this” attitude. And while anger itself isn’t sin, my reaction to it…well, it was…and still is at times.

Currently this is the verse playing over and over in my mind. I’m learning that God’s word is the only anecdote to my fleshly reaction to chaos in the everyday.

Don’t be conformed to the patterns of this world, but be transformed by the renewing of your minds so that you can figure out what God’s will is—what is good and pleasing and mature. Romans 12:2

I’m excited to start sharing more of this journey I’ve been on related to gaining perspective in the midst of our everyday situations. There are so many tools, resources, and strategies we can use to maintain a healthy perspective and I can’t wait to share them with you!

Are you interested in following along? Sign up in the sidebar for blog updates & you’ll be the first to know when the “Power of Perspective” content is published.

Already with me on the journey? What are some ways you maintain a healthy perspective in the middle of your chaotic life? Share in the comments and let’s encourage one another.

Sharing with Holly at Testimony Tuesday, Holley at Coffee for your Heart, Jennifer at Tell His Story, The Mommy Club, Woman 2 Woman, and Mom’s Library.

She stoops, intent on finding just the right treasure to share with me. Her tiny frame all but disappears against the green grass.

She is my oldest, my first born, my precious child.

She’s my snuggle-bug, my sweet girl, the one who insists on living life right next to me.

Even in her youth, she sees beauty in the everyday and determines to share it.

Her offering today? A bunch of tiny purple blooms.

They’re not Pinterest perfect and this bouquet won’t ever show up in a Southern Living magazine, but it’s what she has to offer and she does it with such enthusiasm.

Her purpose is to make me feel special, to show love with what she has, today, in the moment.

What if we did that as adults?

What if we looked around, embraced the gifts we were given and shared our lives, just where we are?

What if we took the opportunities presented and made the best of them? What if we did it now with what we have instead of waiting for the illusive perfect moment or situation?

Do what you can, with what you have, where you are. In other words, bloom where you’re planted.

Do what you can, with what you have, where you are. Bloom where you’re planted.

How will you embrace the challenge today? Share in the comments and let’s encourage one another!

*This post is part of Lisa-Jo Baker’s 5 Minute Friday series, where she empowers bloggers to write for 5 minutes each Friday on a specific topic. Free writing. Writing just for the sheer joy of it. Today’s topic was “Bloom“. Also sharing with Essential Fridays, Faith Filled Friday, Fellowship Friday, Family Fun Fridays, The Missional Weekend, The Weekend Brew, and Taste and See. 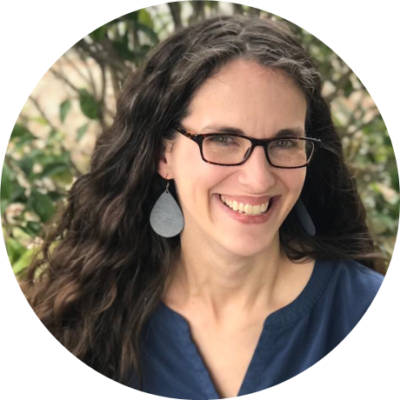